I promised myself I'd add at least one ordinary, discursive, non-publicity post here before the next book came along that I needed to pimp. Obviously events overtook me there.

Julian "Jay" Eales, who way back in the twentieth century published me in the Doctor Who 'fanthologies' Perfect Timing 2 and Walking in Eternity, is editing a Faction Paradox anthology for Obverse Books, a follow-up to A Romance in Twelve Parts named Burning with Optimism's Flames.  He's been releasing teasers for the stories at his blog, Factor Fiction.  The final story in the collection -- and therefore the final teaser, posted today -- is 'De Umbris Idearum', written by me. 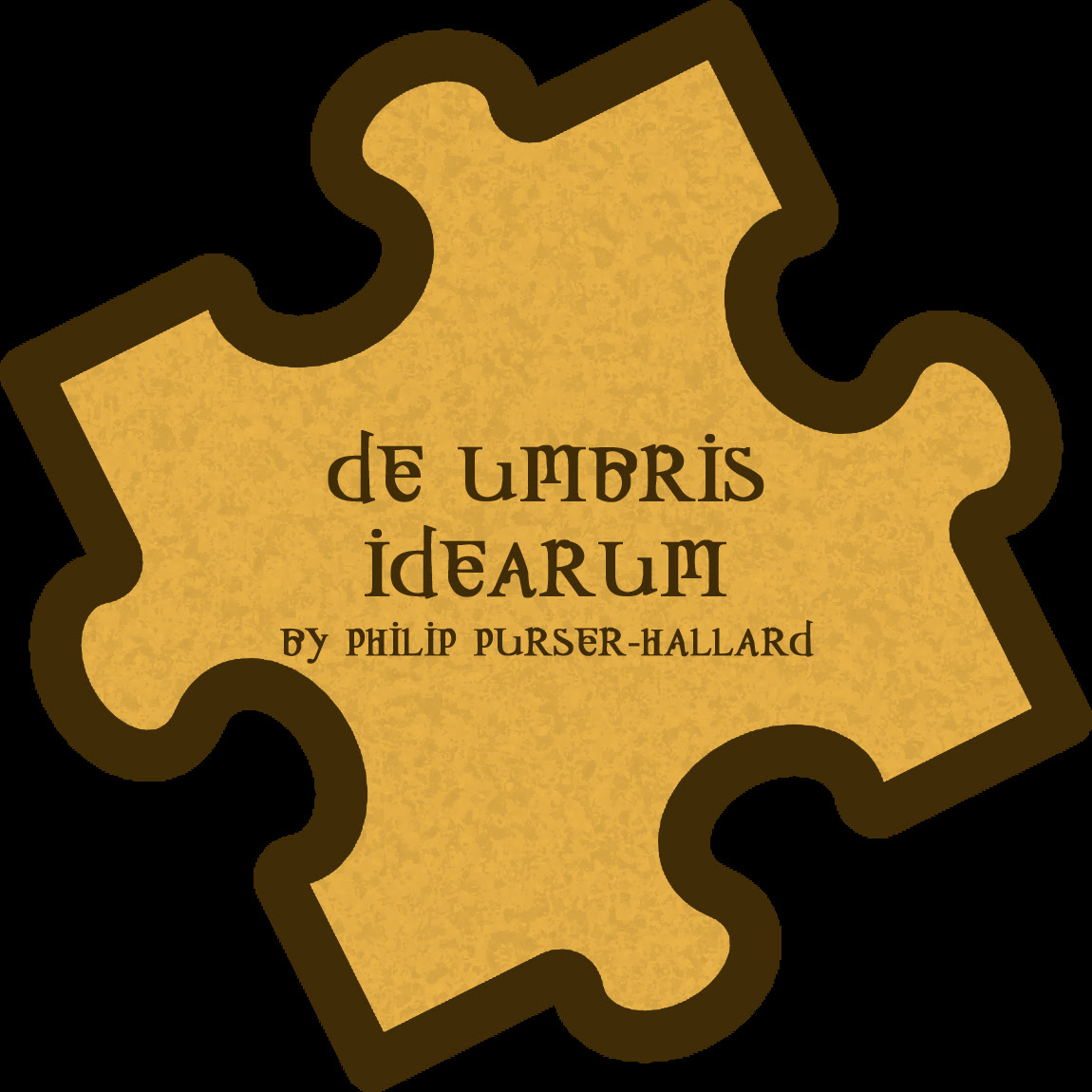 As a reader as well as a contributor (and indeed as a fellow editor), I'm enormously impressed with the talent Jay's assembled for the collection. Simon Bucher-Jones, Jonathan Dennis and Kelly Hale have all written fantastic stuff for Faction Paradox and elsewhere in the past, including The Book of the War and Kelly's fantastic Erasing Sherlock. Sarah Hadley is another relic of those ancient fanthologies, whose short stories I greatly enjoyed at the time. Stephen Marley wrote the astoundingly fine Doctor Who novel Managra, which has been a huge source of inspiration to me (it features numerous characters from different eras of history -- plus Popes, vampires and clones of fictional characters -- interacting in a huge second-millennium-Europe theme park, which may give you some idea). And, of course, I'm very pleased indeed to see the three new-to-Obverse writers who I recruited for Tales of the City -- Helen Angove, Elizabeth Evershed and Juliet Kemp -- returning for this volume. I'm not familiar with the work of the other five contributors, but if they're up to the same standard then Burning with Optimism's Flames will be a real treat for its readers.

My story's a grand historical epic of Popes, cults and heretics, ranging across twelve centuries. It's the first Faction Paradox story I've written which doesn't involve the City of the Saved in any way, although both Mother Imogen Tantry, later Pope Beatrix II (from The Vampire Curse and "A Hundred Words from a Civil War") and Father Self of Faction Paradox (seen in flashback in Of the City of the Saved...) appear. It looks as if it's appearing last in the volume, so I'm going to have a hard set of acts to follow.

I'll update you all when Burning with Optimism's Flames becomes available to pre-order. Meanwhile I've set up a page for the book at my website, which gives you very slightly more information about the story.
Posted by Philip at 7:54 pm 1 comment: