It's a year to the day since I submitted my urban-fantasy thriller The Pendragon Protocol to Snowbooks. Today we finalised the cover design: 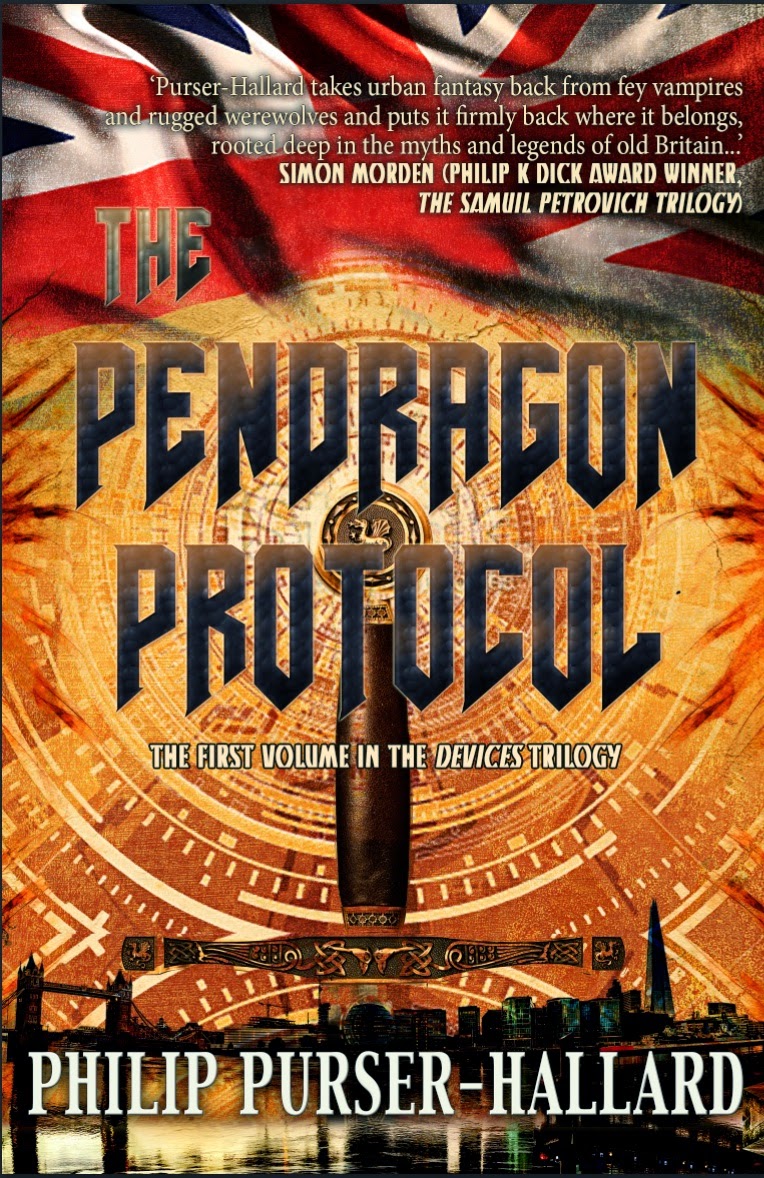 The image was created by the outrageously talented Emma Barnes, and I love it to pieces. The way it balances thriller and fantasy, modernity and antiquity is wonderful, and the endorsement from Simon Morden is the icing on the cake.

The Circle are the modern-day successors of the Knights of the Round Table. Armed with the latest military hardware and operating from a hidden fortress on the South Bank of the Thames, they protect 21st-century Britain from certain very specific threats – criminals who, like the Circle’s own Knights, have characters from Arthurian legend living inside their heads.

Jory Taylor, the Knight bearing the device of Sir Gawain, has grappled on the Circle’s behalf with mercenaries, serial killers and far-right terrorist cells. However, when he is captured by Gawain’s traditional enemy the Green Knight, he discovers a new side to the myths he lives by – one which, as he learns more about this clandestine world, becomes both threateningly personal and terrifyingly political.

The legends of King Arthur are not the only stories with influence on the British psyche – and some of the others have their own, very different agendas.

A smart, contemporary political thriller and a new kind of urban fantasy, The Pendragon Protocol is the first volume in The Devices Trilogy.

The Pendragon Protocol is out on 1 July from Snowbooks. I'll post ordering details at some point over the next few weeks.
Posted by Philip at 3:04 pm

Email ThisBlogThis!Share to TwitterShare to FacebookShare to Pinterest
Labels: the devices, the pendragon protocol

(Please sign comments -- it helps keep track of things. Offensive comments may occasionally be deleted, and spam definitely will be.)